Bad Dad Joke: What do Lions sing at Christmas?

Ok, it’s officially Christmas around here. Rat Pack Christmas is on constant loop here in the office, we finished the Christmas lights on the front of the house around 10pm last night – just in time (or egged on because of) the local Primary School inaugural Christmas Lights competition – judging starts sometime this week. With only a week and a bit of School Term left for the year, there must be a nation of School Boys and Girls busting for the man in Red to land, there certainly are in our house.

This is the first submission we’ve had for the Bad Dad Jokes – send in any others you think are bad enough to deserve a place here in such esteemed company. Say this one out loud, can you tell the nationality of the guy that sent it in? Hint: There aren’t any Lions where he’s from… 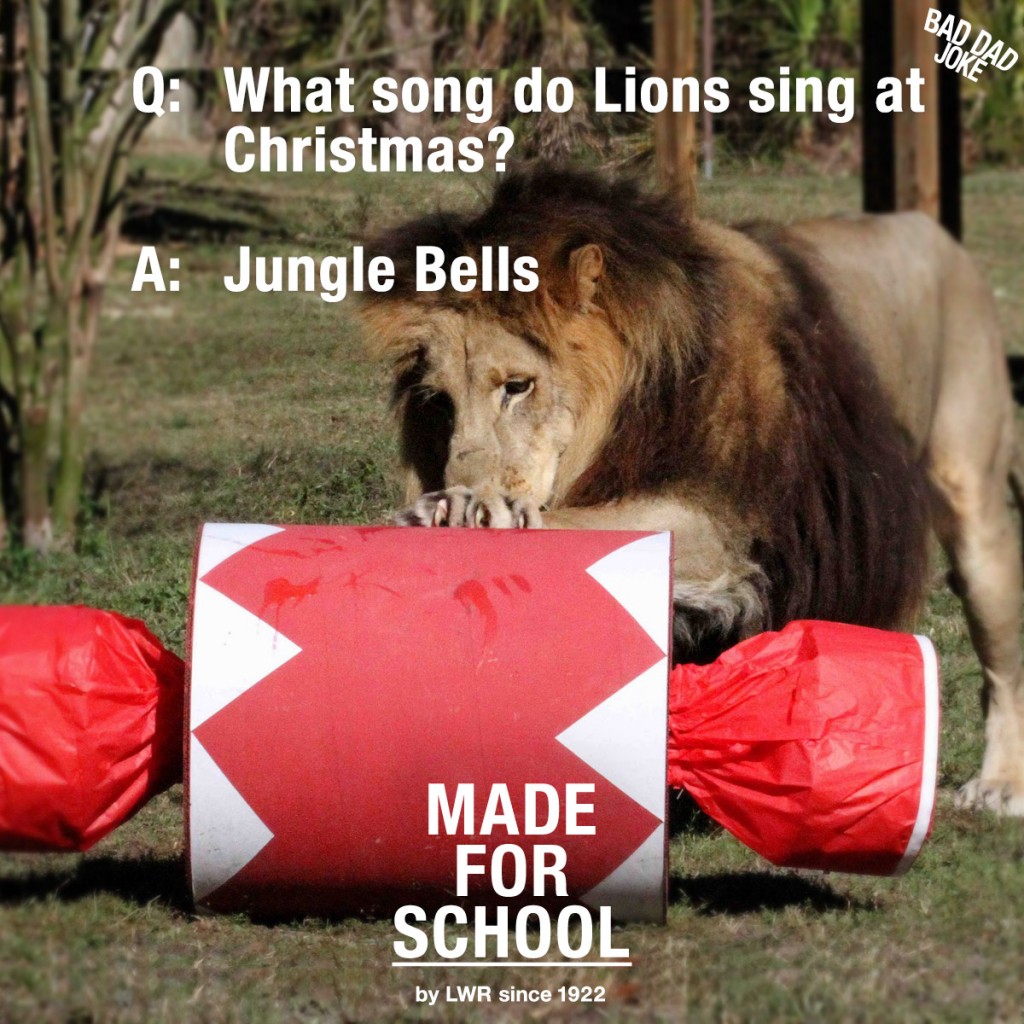