All posts in Our Stories 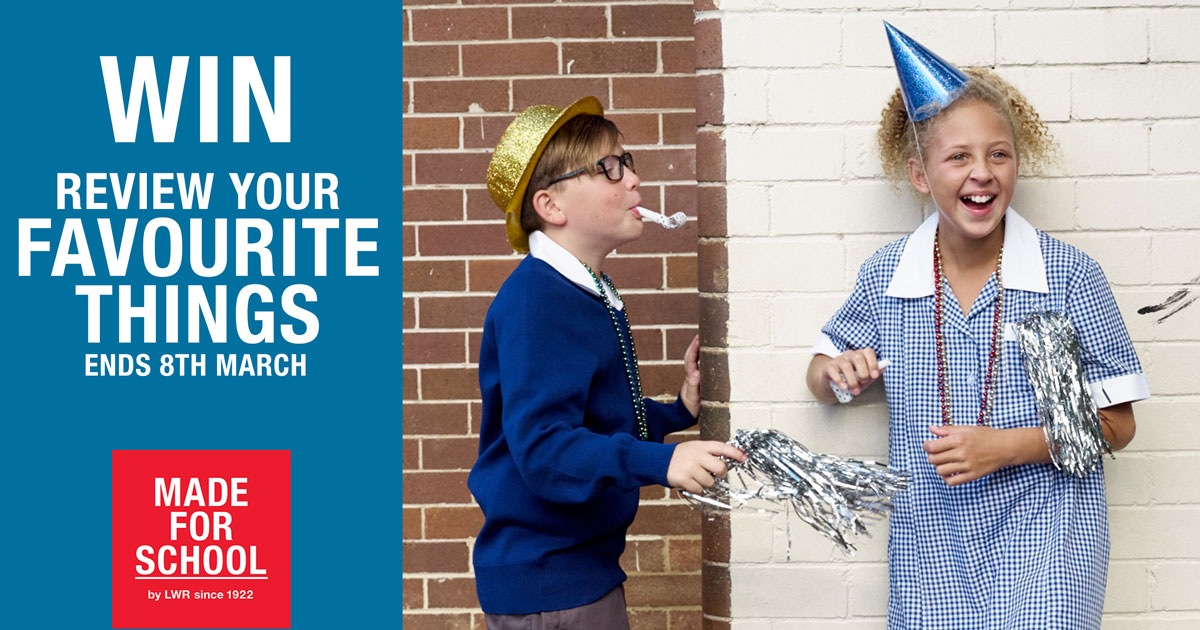 Review For a Chance to Win!

Here at Made For School we love making your life a little easier when you shop school uniforms online with us.  Whilst we can’t come and tackle the washing pile or cook dinner, we would love to give you the chance to win a little something for yourself or the family.  For the next week we are running a review and win competition and it’s much easier than a school assignment being completed at the 11th hour!

We’d love to hear what your favourite products are and why you love them so much.  Every time you write a review you will enter the draw to win a $300 gift voucher from Red Balloon!  The hardest part will be deciding what to spend that on!

To enter the competition, simply log in on our website, find your favourite products and write a review, simple!  There’s no limit on the amount of reviews you can leave, you just have to complete them by 8th March.

Head over and log in, we can’t wait to hear why you think Made For School products are simply the best Australian School Uniforms Online. 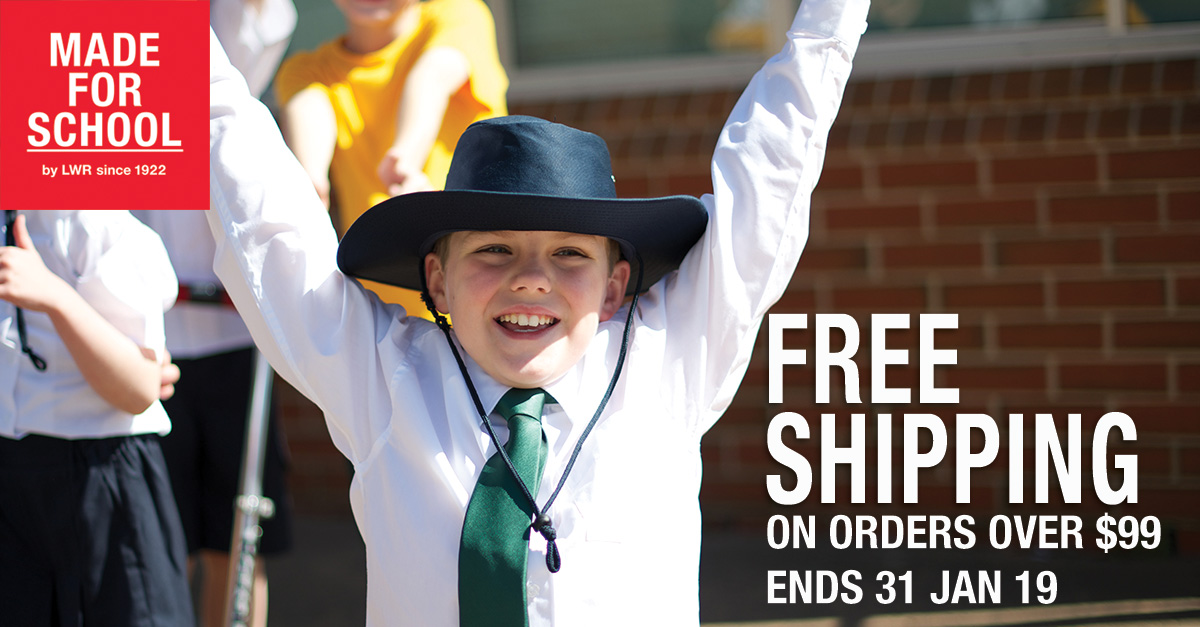 Have you got the kids set up for the school year?  Let us help you when you buy our quality school uniforms online at Made For School.
Check out our huge range of polo shirts, shorts or skirts, hats, school shirts, jackets, socks, dresses, bags all ready to be shipped to your desk or door.

If you spend $99 or more today and you can take up our free shipping offer.  Hurry it will disappear tomorrow!

Are you ready for the school year to start yet?  Grab all the gear you need to send the kids off to school at Made For School.   For this month only, enjoy free shipping when you spend $99 and over.

Come and check out our huge range of quality schoolwear ready to ship to your desk or door.

If you’re like me, the work routine has started but I’m hanging onto the holiday routine for as long as I can.  I’ve decided to get the uniforms sorted this week so I can enjoy the rest of the holidays without it hanging over my head.

Here at Made For School, we’ve made it even easier to stay with the kids and skip the shops and Back to School madness with our Free Shipping promotion.

Clean out the mouldy bananas, check the uniforms and order all you need to make 2019 your best dressed year yet.

At Made For School, we’ve got a huge range of quality school wear ready to ship to you.  Whether you’re after polo shirts, shorts or skirts, we’ve got those and more.  We’ve got a hat for every occasion, school shirts, jackets, socks, dresses, bags and more!

Just when you thought all the presents had been unwrapped, we’ve got another one for you!  Simply spend $99 or more when you order all your school uniforms online at Made For School and you’ll enjoy free shipping to your desk or door.  You’ve got all month to enjoy this gift but why wait?

At Made For School we’re back and ready to make 2019 the best dressed year yet.  We’ve got a huge range of quality school wear ready to ship to you.  Whether you’re after polo shirts, shorts or skirts, we’ve got those and more.  We’ve got a hat for every occasion, school shirts, jackets, socks, dresses, bags and more! 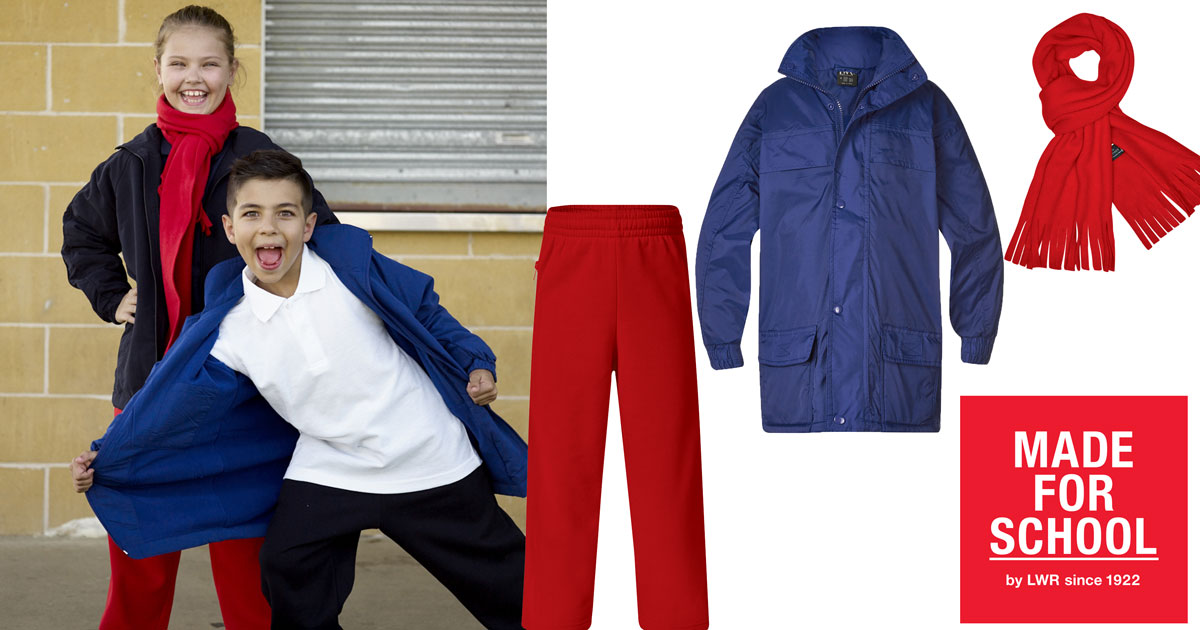 Autumn weather is just around the corner and after the amazingly long summer we don’t want you to get caught out by the change.  The school holidays are the perfect time to tidy the bedrooms, clean out mouldy fruit from the school bags and check that all your school uniforms are ready for the next term.

There’s no need to drag the kids around the shops trying on uniforms when we have over 1.3 million items in stock.  At Made For School we understand that life is busy and quality time with the kids really is what matters so we’ve got a great sizing chart online so you see can how our garments fit before you buy.

Of course not everything in life goes smoothly so our great returns policy means that you can return anything that doesn’t suit.

Save time for fun these holidays, grab all your winter school uniforms online.  We’ve got a huge ranges of track pants, long pants, jumpers, vests and jackets, shirts, beanies, skivvies and more at Made For School.

Zip Out the Chill with Free Shipping

Zip out the chilly mornings and get the kids winter wardrobes sorted with Free Shipping on all Jackets and Vests.  Take a look at some of the great Jackets and Vests we’ve got at Made For School, Shop winter school uniforms online today!

Bennelong Jacket in a Bag 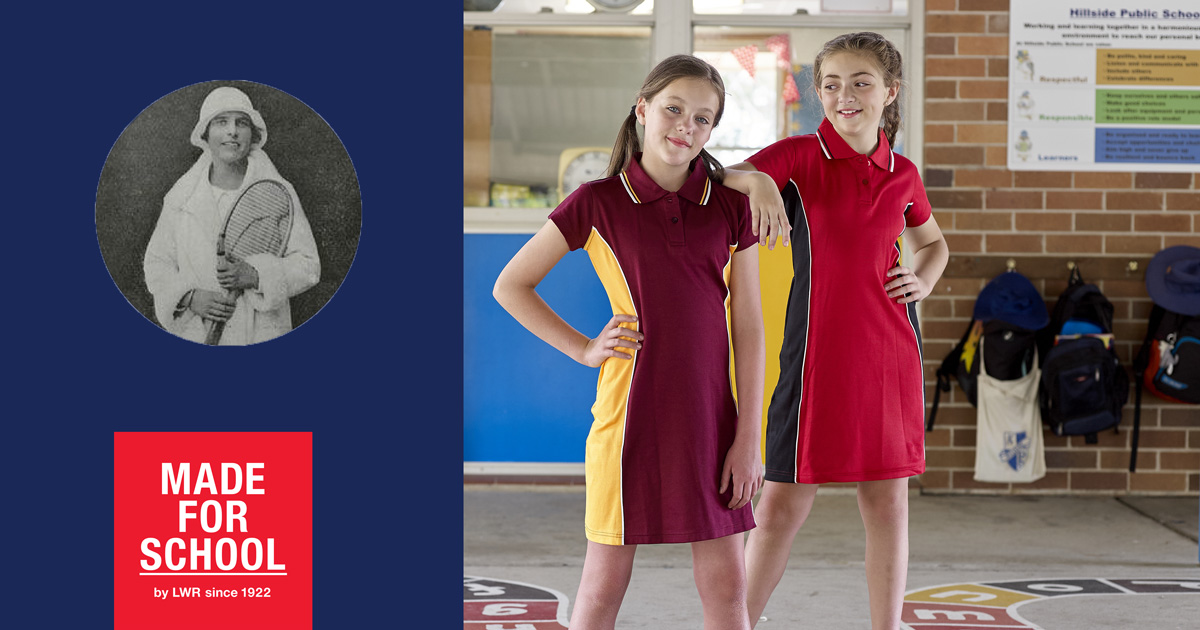 At Made For School we celebrate Aussie Icons through the names of our products.  Today on International Women’s Day let’s celebrate the achievements, determination and passion that made Sylvia Harper an Aussie tennis icon.

Sylvia was strong, determined and unrivalled, it’s easy to see why we named our latest dress after her, Harper Polo Dress.  Sylvia was born in 1895, she was rise through the tennis world showing her skill, talent and determination in every match.

Sylvia won the Australian Championships singles title in 1924.  In 1927 and 1930 she would take to the court and once again reach the finals, however she lost at these matches.

Harper also won the Women’s doubles titles in three consecutive years at the Australian Championships in 1923, 1924 and 1925. As Sylvia was smashing out history on the court, in Daking House, Sydney Lesley Winter Reid was starting our history as LW Reid.

In 1924, Sylvia Harper was ranked World number 10 in Women’s tennis.  In 2018, at LW Reid we celebrate over 95 years in business and continue to be inspired by many Aussies adding their story to our nation’s history.

Free Shipping is Back! 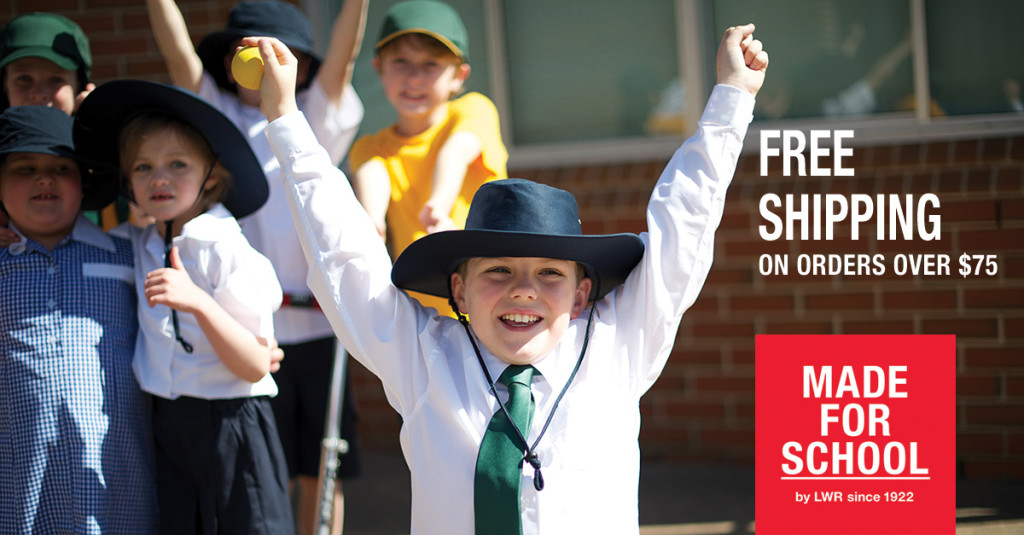 Free Shipping is Back

We’ve made getting your summer uniforms a breeze this year with Free Shipping.  All you have to do is spend $75 or more on an order and you’ll receive free shipping.

This offer can’t last forever so jump over and get everything you need for the rest of the year.  Check out some of our great summer options.

Warm Up For Less This Winter!

We’ve added some great winter warmers to our clearance items.  Be quick these winter bargains are racing out the door! 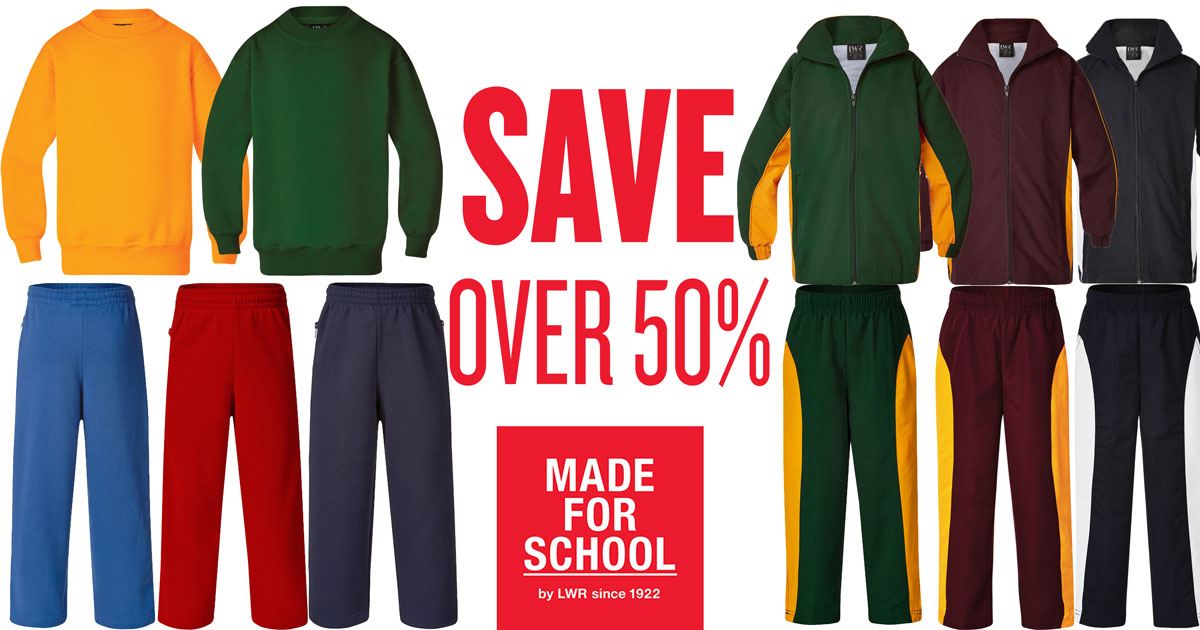 Warm Up For Less This Winter!