It’s the King’s 78th birthday this week. In honour of the King, our quote is taken from an interview in 1962 where he shared his thoughts on the value of preparing children for life. 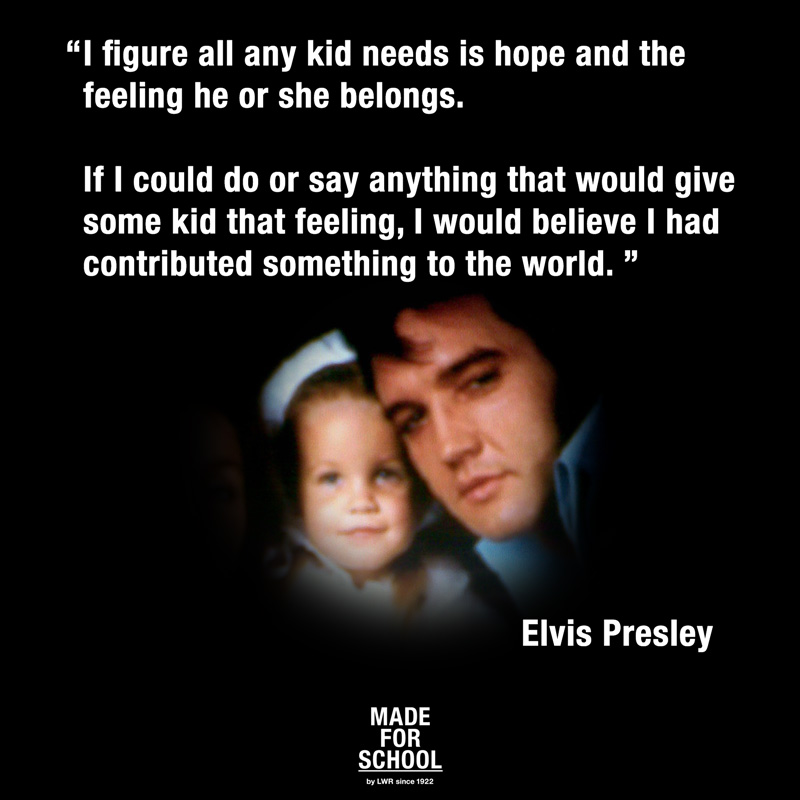 If you’re in NSW you’ll be hearing all about the annual Elvis Festival in Parkes that is kicking off. Each year a whole group of the King’s loyal fans dress up in honour of him and catch a train out to Parkes at the beginning of the festival, always a fantastic image. It’s a testament to the impact the King had on Australia that we end up holding one of the worlds largest annual Elvis festivals. It may be the other side of the planet but I guess Parkes isn’t all that far from the best of Memphis.